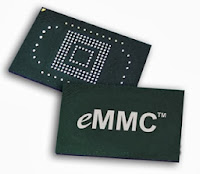 If you want to learn the internal structure of the HP Slate 21 (or any other Android based tablet, for that matter), you'll need to learn about something which might be familiar to you from the PC disks - Disk partitions.

Although the Slate doesn't have any physical disk, it has a flash chip which is called eMMC. This is basically a chip which stores everything you have on your device, whether it's the OS, your content and any other thing you download.

eMMC is divided to many partitions. Some partitions can be erased (to clean up your data and restore the machine to a "brand new" state, also called "factory reset"), and some partitions needs a very special attention, or else your device will just freeze when you power it on.

Here is a picture of the partition table on the Slate 21 (and most other Tegra-4 based devices):

The picture above shows a table which is divided to 3 parts:


On Android, the partition layout is different on each mode it's booted. For example, if you'll open a terminal and try to do: cd /recovery, it will output an error, since there is no such mount point. The picture above is taken from another Tegra 4 based device. The partitions name's is always consistent, but the mount points (/data etc...) are different, depending on the device mode.

When do we touch those partitions? when we want to fix or update some parts or the whole system. The HP updated image that download automatically to your device, has specific instructions which parts to update and what data to put in those partitions.

Most rooted Android based devices are replacing the recovery partition's content with another recovery app. There are 2 major alternatives: CWM and TWRP. Those are recovery apps which do much more then a simple recovery, they both allow you to do, among other things:


As you can see, the 3rd party recovery apps are much better then what the vendor gives to the user (the reason that the vendor don't give some improved recovery is to limit hacking of the device).

Right now, the Slate 21 hasn't been rooted yet (quite amazingly. It's other "brothers" like Slate 7 and Slate 8 Pro have been rooted already), but once this challenge will be met, we could do some really nice things:
As you can see, there are few advantages of a rooted device. Your Slate 21 could be used more years and still have (thanks to developers) few more years of usage.

So, could someone root it please? :)